The transport of high value and outsized items regularly requires approval by a Marine Warranty Surveyor as a requirement of the insurance policy (e.g. cargo, construction or Delay in Start-Up).

We work closely with insurers and assureds to minimise the risk associated with the transport of project cargoes. This ranges from single item shipments to large (mega) projects where multiple cargoes are shipped from different sites. 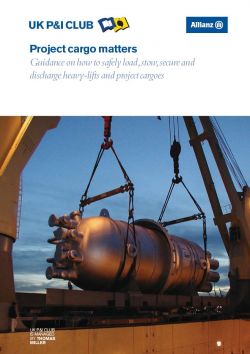 Our services include reviewing the relevant documents for lifting, loading, seafastening design, stowage and discharge.  We survey the vessels involved to ensure suitability, and attend the actual operations to approve and monitor them, issuing certificates of approval as required.

We have experience of project cargoes such as: